Our good friend Geoff Neil has just uploaded another of his legendary walkthrough videos, this time he's playing Atic Atac on the ZX Spectrum and has even done a nice little commentary. The track Mikie from our upcoming album Psychopaths Dream in Black and White has been used on the speed-run at 16:50.

If anyone out there has used our music in any projects then feel free to get in touch and we're more than happy to share your endeavours!

Thanks to everyone that came along on Saturday. The Bitmap Brothers Vs Sensible Software event was a massive success and went without a single hitch, whatever your thoughts on the end results between the two video game titans.

Mike Montgomery and Jon Hare were great sports and went along with a format where we matched up five games from each of their back catalogues and attendees voted on their favourites. Our host for the evening, Mike James from Retrogaming Roundup, quizzed them about the games and announced the winners as the evening progressed. There were some great anecdotes and some extremely humorous banter between the two who have known each other as both friends and business associates for the best part of three decades.

In the end the result was a draw:

Looks like we're a nominee for the 2015 NMG Awards within the category of 'Best Indie Group'. Find out more here: http://www.nmgawards.com/ 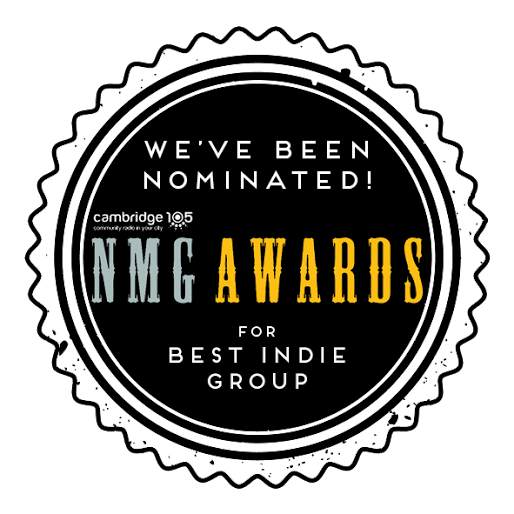 The first music video for the upcoming album 'Psychopaths Dream in Black and White' is finally here. It was created by Jose Cubero who also did Animal and God's Front Porch from our debut album back in 2012. The video was premiered a few days ago by the lovely people at Crash Magazine.

Ladies and Gentleman, this is We Were the Stars and if you enjoy it then please share it :-)

Our good friend and favourite brewer of fine beers Lord Conrad is going to be putting on the ultimate B Movie festival at The Centre for Computing History in Cambridge this month. The Extreme B Movie & Short Film Festival is taking place over five days from August 19th to August 23rd 2015 and includes after hours retro gaming, licensed bar, fresh pop corn and a chance to win some awesome prizes.

For more information and tickets go here and make sure you use the discount code RETRO:
http://www.cambridgebmovie.co.uk/boxoffice