We decided to mark the end of 2012 with a couple of Top 5's for our most played video games of the year with myself covering the modern day stuff and then Aidy's gonna be jumping in with his top 5 retro picks. So, here's my top five "new" games of 2012!

5. Super Hexagon
I played an extraordinary amount of Super Hexagon this year. Turns out a game where you move a little triangle in a circle proved to be one of the my most challenging experiences of last year. Chipzel's soundtrack is also totally amazing.

4. Lone Survivor
I'm a massive fan of horror games but it seems that the creators of creepy games like Resident Evil have ditched atmosphere in favour of pumping round after round of ammo into men with wings. Thanks heavens then for one man from Cambridge with a computer, who managed to create an even more unsettling experience than the 600 odd people who worked on the latest Resident Evil game.

3. Far Cry 3
I felt I had to force myself to finish Far Cry 2. Some cool systems wrapped in some tedious gameplay made for a lacking experience. Its sequel ramped things up to be bigger and crazier! They also hammered out a lot of the issues. Plus you couldn't punch a shark in the last game. 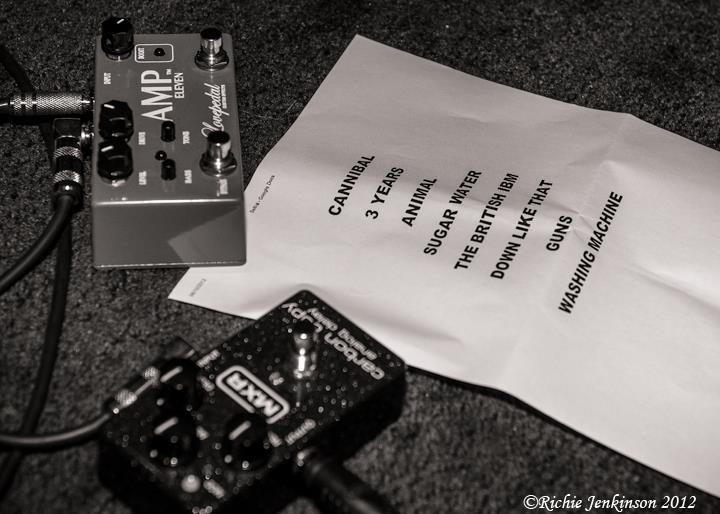 Well that's it folks the new year's officially here and we're happy to announce that we've already got some cool stuff lined up including our first gig of 2013 at the Victoria Inn, Derby, 19th Jan. We're looking forward to this one as it's a venue and town that we haven't yet played and we're fortunate enough to be playing alongside Sam Forrest (Nine Black Alps). We've supported Sam a couple of times last year and we're all massive fans.

At the end of the month we'll be heading into Camden to play at the Dublin Castle, 31st Jan. This is a first for Paul, who's had it on his list of places to play for a while. If you didn't know; Paul's a big Madness fan and the Dublin Casle is one of their early haunts. They had a residency there and it was even the location for the My Girl music video.

There's a brand new retro gaming event coming in the summer and on the weekend of the 18th May we've got ourselves a little stand there! So if you wind up going then come and say hello, we'll be there for the whole weekend pedalling our merch and playing video games. It's in Wolverhampton and it's called Revival. More details here: http://www.turnarcades.com/2012/11/06/revival-a-new-retro-event/

Oh and we've also got a couple more singles planned off the album. If you're on the mailing list you'll have already seen a cheeky preview for God's Front Porch.

If you're on our mailing list then you'll be able to preview our new music video on Christmas Day. We're planning to release God's Front Porch as a single in the new year and the music video's already complete. It was created by Jose Cubero at Ridertoons, the talented guy that did our psycodelic Animal music video.

This one's set in space and features a few recognisable geek heroes, if you're not already on the mailing list you can sign up using that little box on the right hand side. Yeah, that one over there just above out Upcoming gigs list ;-)

Anyway, have a great Christmas and we'll speak to you in the not too distant future!

Very happy to announce that we’re now entering our third week of radio play on Q Radio, the British IBM is being played as part of Q’s D list with the likes of Foals and Neil Finn. Big thank you to Andy Westcott who originally played us a few weeks ago on his excellent WestList show. 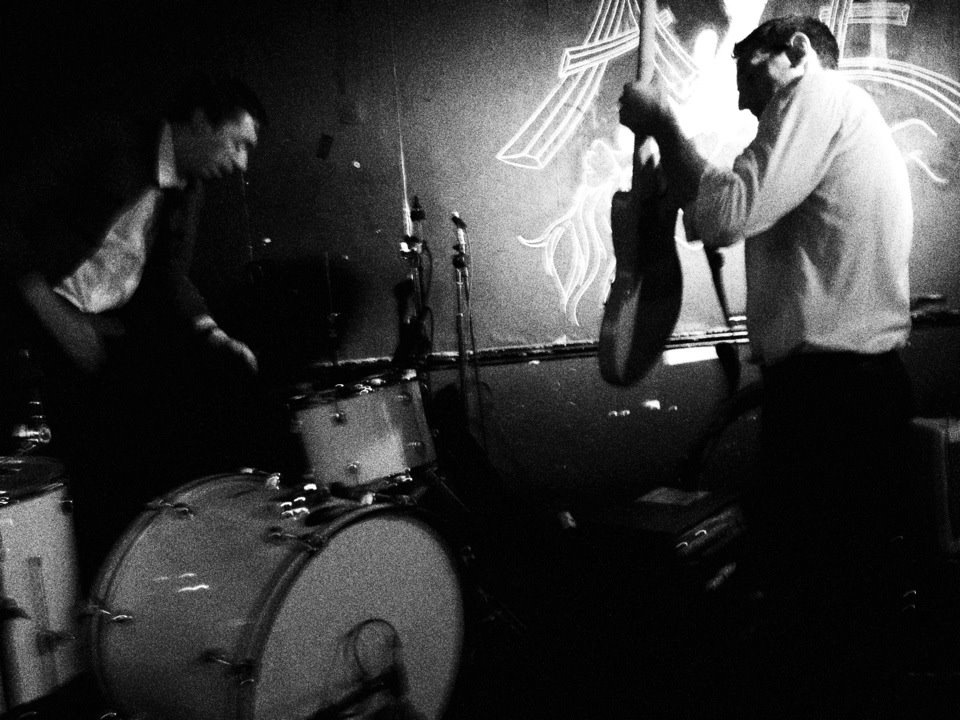 Originally written on an acoustic guitar and recorded as a demo on my iPhoneâs voice memo app. I experimented with various tempos before it ended up as the speed you can hear it on the album. Lyrically itâs about sociopathic tendencies and when we started playing it as a band I began using an overdrive pedal and it started to get slightly more grungey.

David (Martin) came up with the little octave riff that you hear in the âyippee aye yayâ section and plays the bulk of the guitar on this track. The rest of which was added by David Simpson who was nice enough to come along to the studio and play on a few things for us.

This song made its live debut at the Sun Inn in Stockton on Tees before weâd started recording the album and has since become a regular on our setlist.