Was great to be invited back to do another BBC Introducing session with Tom Simkins, he actually gave us a trophy the first time we ever played to commemorate the fact that we were the last ever Thursday Guests. I still have that trophy five years later!

This time it was just me as Paul and Dave were busy. I played Mikie and I'm Just Like You from the upcoming album Psychopaths Dream in Black and White and chatted with Tom about recording the new album and getting back to gigging again.

You can listen again here: http://bbc.in/1LM9Qhx 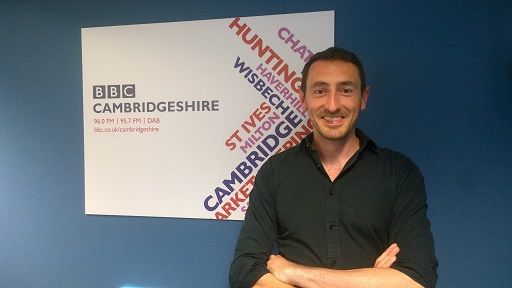 Just in case you missed it, Psychopaths Dream in Black and White got its first bit of airplay this Saturday when Tom Simkins played We Were the Stars on BBC Introducing Cambridgeshire. You can listen again here: http://bbc.in/1RknJTx

We're also booked in for a live session in the not too distant future. More news on that to come!

I now have the CDs in my possession and they look awesome! I've spent the past couple of evenings packaging them up along with the T-Shirts. So if you pre-ordered Psychopaths Dream in Black and White then you should be receiving it shortly. Once that's done I'll begin the process of putting this out to the rest of the known Universe via our online store and iTunes etc.. If you simply can't wait then feel free to ping me an email.

It's finally done! The CDs are being duplicated over at Audiotree in Norwich as we speak. They'll be making their way to the British IBM HQ shortly and as soon as they arrive I'll begin sending them out to everyone that was good enough to pre-order and patient enough to wait. Thanks again :-) 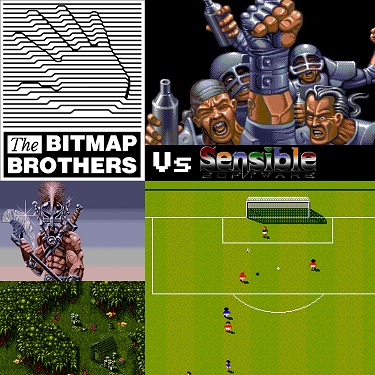 Some great news if you're a fan of Speedball 2, Sensible Soccer or any of the other games that came from Bitmap Brothers or Sensible Software back in the 80s and 90s!

Both Mike Montgomery and Jon Hare are coming along to the Centre for Computing History for a special one off event where they'll be talking about their careers and the games they created. There's even going to be a chance for people to play the games on the original consoles and vote on their favourites. The museum's going to be open late after the talk for those of you that want to stick around for some after hours retro gaming. So grab yourself a ticket and I'll see you there!